U-Pack is undoubtedly one of the best moving and storage container companies in the industry, taking our #1 spot for best pricing and high customer reviews. Our moving grant recipient, Shelby, came to a similar conclusion when she and her husband Nate searched for a moving container company to assist with her move from Alta, Utah to Andover, New Hampshire.

Ultimately, the couple chose U-Pack because of its fantastic customer service and ability to offer convenient and flexible moving options at the best price. And despite some minor hiccups during the move, Shelby and Nate were pleased with the outcome. U-Pack was convenient and helpful at every step of the way—they even offered the pair a $50 discount!

Interested to see what discounts U-Pack can offer for your move?

Meditation teacher Shelby and her husband Nate, an accomplished chef, relocated to Andover, New Hampshire from Alta, Utah after receiving a life-changing opportunity: to turn Nate’s childhood home into a working farm and cozy bed and breakfast. Combining the couple’s love for travelling and gardening, the property would give Shelby and Nate the chance to share this dream with their one-year-old daughter and their local community.

While Shelby had used other companies to move with her family in the past, this was her first time using U-Pack to assist in a long-distance relocation. For this particularly special move, she was looking for a customer-oriented, stress-free mover that would be affordable and reliable. Luckily for her, Shelby had chosen the right company with U-Pack.

Want to see more? Take a look at our full review of U-Pack. 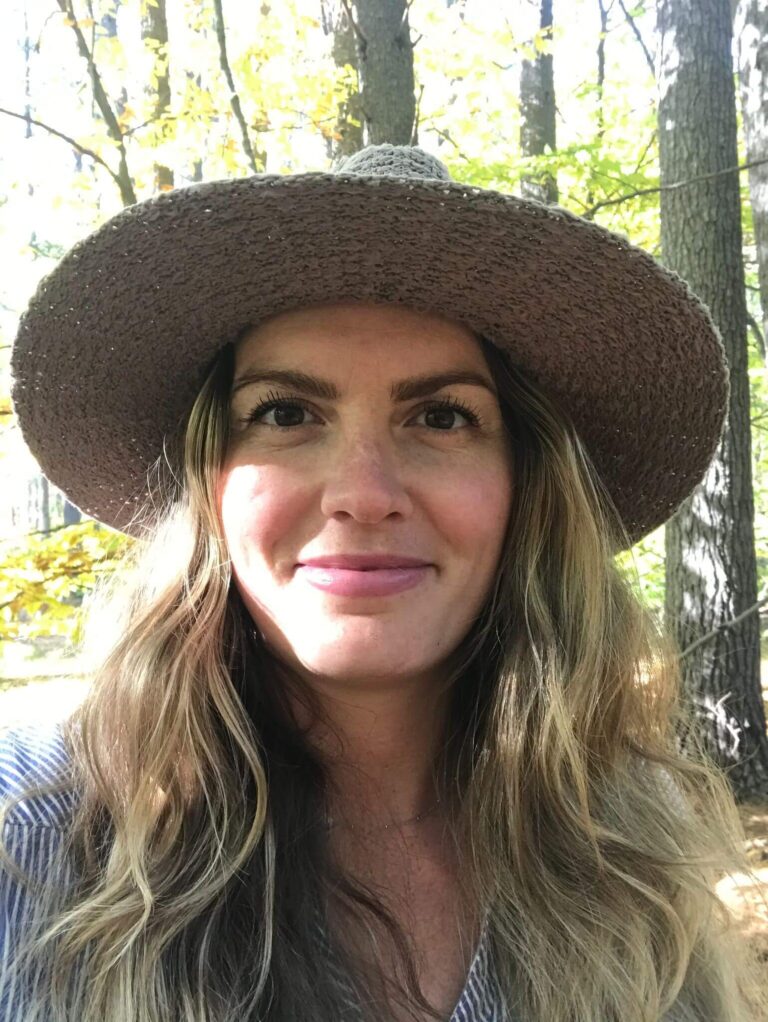 Mindfulness guide Shelby and her husband Nate, a chef, travelled across the country to fulfill their lifelong dream of opening a bed-and-breakfast.

Shelby and Nate chose to move with U-Pack for a few simple reasons: affordability, ease, and reliability. These reasons are not just why Shelby chose U-Pack , but they’re really what make U-Pack stand apart from other moving container companies in the industry.

Shelby found multiple positive reviews from former customers, and also received an instant quote from the company based on a few parameters (size of required equipment, supplies needed, the dates of service, and origin/destination locations).

The couple did receive quotes from a few moving truck rental companies, including U-Haul and Budget, but ultimately chose the moving container company, U-Pack, after considering their own needs for safe transportation, fuel economy, and lodging. 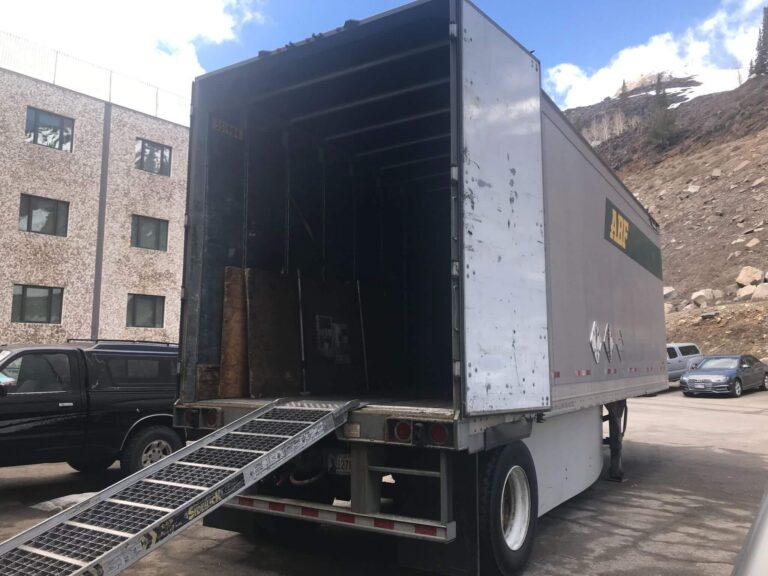 Shelby and Nate’s trailer rental was delivered right in front of their home for them to easily load their belongings into.

Shelby’s U-Pack move at a glance

What to expect with U-Pack—Pricing

So why was Shelby’s actual cost more expensive than her estimate?

As previously mentioned, Shelby was able to receive an instant quote for her move by providing U-Pack with her origin and destination locations, anticipated move date, and supplies and equipment she needed.

There were additional details that she needed to communicate to finalize the quote including how many rooms she needed to move, whether she had a car that needed towing, or whether she needed transit insurance. She was also asked to submit a credit card for her file, although no deposit was required.

Although U-Pack was able to reserve a 28-foot trailer, Shelby and Nate estimated that they would only need 13 feet for their belongings—and were quoted accordingly. On loading day, however, the couple discovered that they would actually need 15 feet of space in the trailer. As a result, they were charged an additional $108 for each additional foot.

U-Pack has a pay-for-what-you-use policy for their moving containers and trailers. Each trailer divides into sections that measure how much space your belongings take up. That means you only pay for the space you use.

Estimating your own stuff can be tricky

Under- or over-estimating the size or type of container(s) for your stuff can be a costly mistake, resulting in expensive up-front estimates or stressful, last-minute charges. So how do you know what container you need? Check out our moving container guide for more info.

How does U-Pack compare to other moving container companies?

Shelby received a couple of other quotes from U-Haul and Budget before settling on U-Pack for her move. While U-Pack’s estimate was considerably higher than the other two, Shelby and her husband believed they would save money in the long run after factoring in the required fuel and accommodation costs needed with U-Haul and Budget moving truck rentals.

What to expect with U-Pack—Customer service

Shelby encountered approachable and knowledgeable staff during the entire move process, from her initial quote (which was given online and confirmed via telephone) to pickup and delivery.

U-Pack’s agents were able to easily schedule Shelby’s move dates, including an early pickup date and an estimated delivery window. Only one crew member was needed to pick up the loaded trailer—and he was even nice enough to provide the couple with tips on securing the bulkhead correctly, preventing damaged goods at delivery. 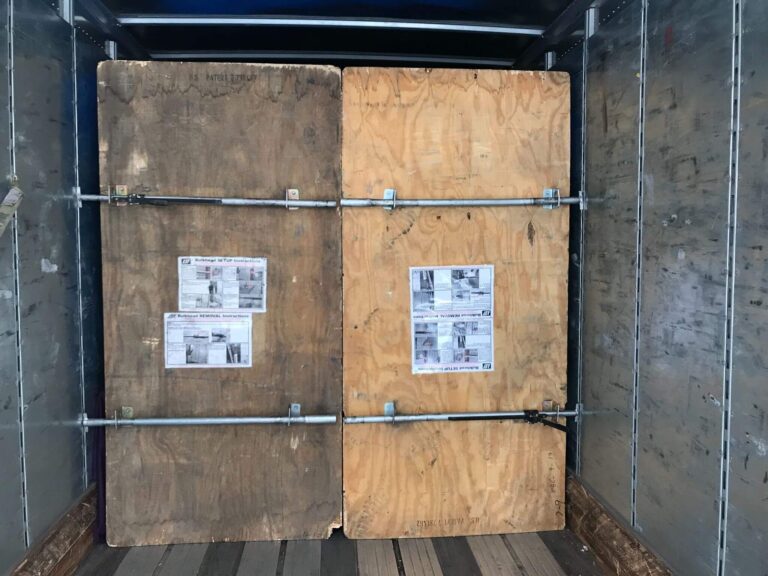 Shelby’s driver gave her tips on the proper installation of the bulkhead, which protected her things from moving around in the trailer during transit.

However, it would have been helpful for them to know the right size lock that was required to lock up the bulkhead. The couple had to search a few different stores for a lock the night before, which was a little stressful.

For the most part, communication was clear throughout the move, and Shelby felt confident in U-Pack’s ability to get the job done well.

Did you know it can save you money to opt out of transit insurance? Most moving companies offer transit protection or transit insurance to their customers to protect their belongings while they’re on the truck.

This is a wonderful service, but many people don’t realize that their homeowners or renters insurance can also cover their goods during transit. Talk to your insurance company before your move and save yourself an extra couple hundred dollars!

And remember—if you do not purchase transit insurance in advance, you may not be compensated for damages at delivery.

What surprised us and didn’t surprise us about U-Pack 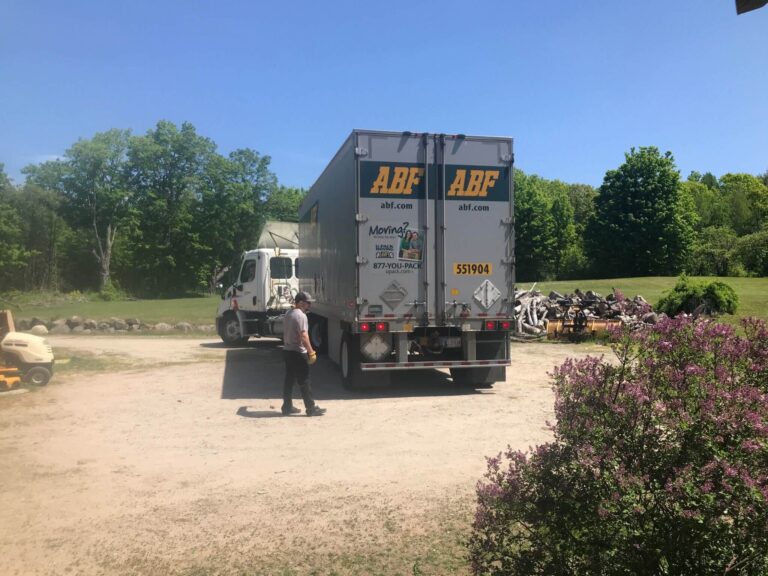 The U-Pack driver successfully delivered the couple’s trailer to their new home.

U-Pack did a great job of taking care of Shelby and her family during this life-changing move! While there is always going to be room for improvement as far as moving is concerned, Shelby’s confidence in U-Pack never wavered. In fact, she would give her move a 4 out of 5 stars and would move with U-Pack again in the future. Shelby even plans to leave a review on the company website.

There is a reason why U-Pack continues to be our top-rated moving container company, because time and time again they deliver affordable pricing and customer-oriented flexibility.

While U-Pack is our top-rated moving container company, there are several we can recommend . Or, maybe you want to explore full-service moving companies  for your long-distance move instead. If you like what you see from U-Pack though, get a quote for your next move.