U-Haul is the biggest and most well-known truck rental company in the industry, but if we’re being honest, it doesn’t always deliver the best prices or customer service around. The only exceptional things about the company are its wide availability and unbeatable selection of trucks.

To learn a little more about this truck rental giant, we helped a family pay for their long-distance move in a U-Haul truck. Their move went well for the most part, and U-Haul actually outcompeted Penske in a few ways. However, we did run into a major issue regarding damage and a miscommunication you should be aware of.

If you’re thinking about renting a moving truck from U-Haul, keep reading about this customer’s experience so you know what to expect.

Care to learn how much U-Haul will charge for your move?

Sharnee Carrington is a self-proclaimed nerd, the mother of two 19-month-old twins, and the chief operating officer of her home. She and her husband were looking for a new environment where their family of four could bond and flourish, so they decided to move from North Charleston, SC to Hampton, VA.

Of course, moving over 400 miles with two toddlers is never easy, especially during a global pandemic. To make their move as affordable, safe, and simple as possible, the Carringtons rented a U-Haul truck, packed all their belongings, and hired two moving labor companies to help them load and unload the truck. 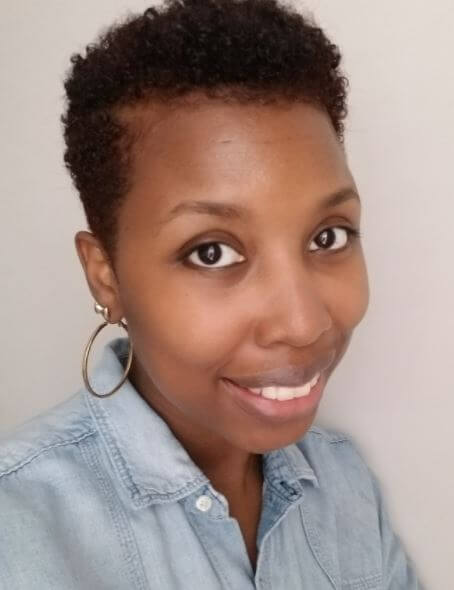 Sharnee originally planned to rent her moving truck from Penske instead of U-Haul. However, Penske gave her a lot of trouble reserving the truck size she needed at a location that worked for her.

In the end, Sharnee decided to go with U-Haul instead. This was partly because Sharnee had used U-Haul before, but U-Haul’s $50 rebate for unfulfilled reservations also made the company more appealing than Penske.

Penske and U-Haul are two of the biggest brands in the truck rental industry, and it’s often a little unclear which is better. That’s why we did a competitive analysis of each company’s prices and offerings. We found that U-Haul’s services and availability make it slightly better, though Penske can be cheaper. Read our Penske vs. U-Haul review to learn more.

Sharnee's move at a glance

U-Haul’s service ended up costing $665.43, over $300 more than its initial quote of $329. This isn’t much of a surprise since U-Haul is notorious for charging at least slightly more than it originally estimates.

In the Carringtons’ case, though, this price increase wasn’t a result of U-Haul adding hidden fees at the last minute. The Carringtons needed to keep their truck a few extra days, so they accrued some expected additional charges.

The original estimate also didn’t include the $14-a-day Safemove moving coverage the Carrington’s purchased. U-Haul’s Safemove coverage insures you for things like collision damage to the truck, fire damage to your cargo, and any medical/life expenses for passengers riding in the cab during a collision.

The final price above doesn’t include what the Carringtons paid a company called Cosmic Movers for loading ($190.95) and another company called Hampton Virginia Military Veteran Movers for unloading services ($200).

All told, the Carringtons paid a little more than $1,000 for their move—over three times what U-Haul initially quoted them. Like we mentioned, though, this increased price was fair and expected, and a big portion of it came from the moving labor companies they worked with, not U-Haul.

The key takeaway here is that you should always budget for more than just the quoted price for your truck.

U-Haul did almost everything right customer service-wise. The company helped Sharnee find the movers that helped her load and unload, it ensured she got the truck she needed when she needed it, and it let her keep that truck beyond her original agreement (for a price).

However, U-Haul did trip at the finish line and put the Carringtons in an ugly fix.

When they picked up their truck, the Carringtons noticed that its bumper was severely damaged. This damage didn’t make the truck undriveable, so it wasn’t really a problem. The problem was that the Carrington’s almost got charged $900 for this damage when they returned their truck in Hampton.

The customer service agent at the pickup location said he would let the agents in Hampton know that the damage wasn’t the Carringtons’ fault. That message never got to the Hampton location, though, so when the Carringtons returned their truck, the agents assumed the damage had occurred during their trip.

Luckily, the Safemove coverage that the Carringtons bought covered the damage. Otherwise, U-Haul’s communication breakdown would have cost them big.

The troubling thing about this snafu is that the Carringtons couldn’t have done much to avoid it. It’s really just a big smear on U-Haul’s trustworthiness.

One thing that might help you avoid a situation like this is taking pictures of your truck when you pick it up. If you’re taking digital pictures on your phone, they should have a date and time attached to them, so you can prove that your truck was damaged when you picked it up.

If there is another lesson to be learned here, it’s that you should always get as much moving coverage as you can afford.

What didn’t surprise us about U-Haul

Aside from the communication failure on U-Haul’s part, there was very little surprising about the Carringtons’ move. U-Haul’s prices were right on par with what we’ve come to expect, the customer service was (mostly) satisfactory, and the truck made the trip from South Carolina to Virginia without any trouble.

We also want to mention that Sharnee was totally happy with the moving labor companies that U-Haul helped her find. If you’re also looking to hire some loading help, U-Haul can put you in touch with some fantastic hourly movers.

Even the damage to the truck’s bumper isn’t all that surprising. Customers often report that their U-Haul truck has some damage when they pick it up. But if the company handles the situation correctly, it usually isn’t a big deal.

While U-Haul really only made one mistake with Sharnee’s move, that mistake could have cost her a lot of money and there was nothing she could have done to avoid it. This doesn’t automatically put U-Haul on our blacklist, but it is something to be wary of before you rent a truck from the company.

Otherwise, U-Haul’s service and pricing were satisfactory, and we like that the company was willing to work with the Carringtons’ when they needed to keep their truck for extra time.

Overall, we still think it’s worth seeing what U-Haul can do for you, but we also recommend getting quotes from a few other truck rental companies to be sure you’re getting the best price and service available.

If you want to learn more about U-Haul, check out our full review. If you’re sold on U-Haul after reading about Sharnee’s move, you can also skip right to getting your U-Haul quote: