International Van Lines is undoubtedly one of the most popular full-service moving companies in the country and across the globe, offering some of the industry’s most customer-focused moving experiences.

Most notably, International Van Lines delivers competitive pricing across its full spectrum of moving services—which is what Rachel found most appealing when they chose IVL to handle their interstate move from Murray, Utah to Shoreline, Washington.

Rachel describes their experience as relatively straightforward and swift, although there were some aspects of the move that they would’ve liked to have avoided—including additional charges upon delivery and missing or damaged items they discovered when unpacking.

Want to know what International Van Lines would charge for your move?

This wasn’t Rachel’s first time moving; they’ve moved with a U-Haul rental truck on a few occasions and once with PODS. This was, however, their first time choosing a full-service van line.

When they decided to move with International Van Lines, Rachel wanted a seamless experience that would eliminate the stress of having to transport all their stuff and allow them to focus on their own personal travel arrangements to their final destination. 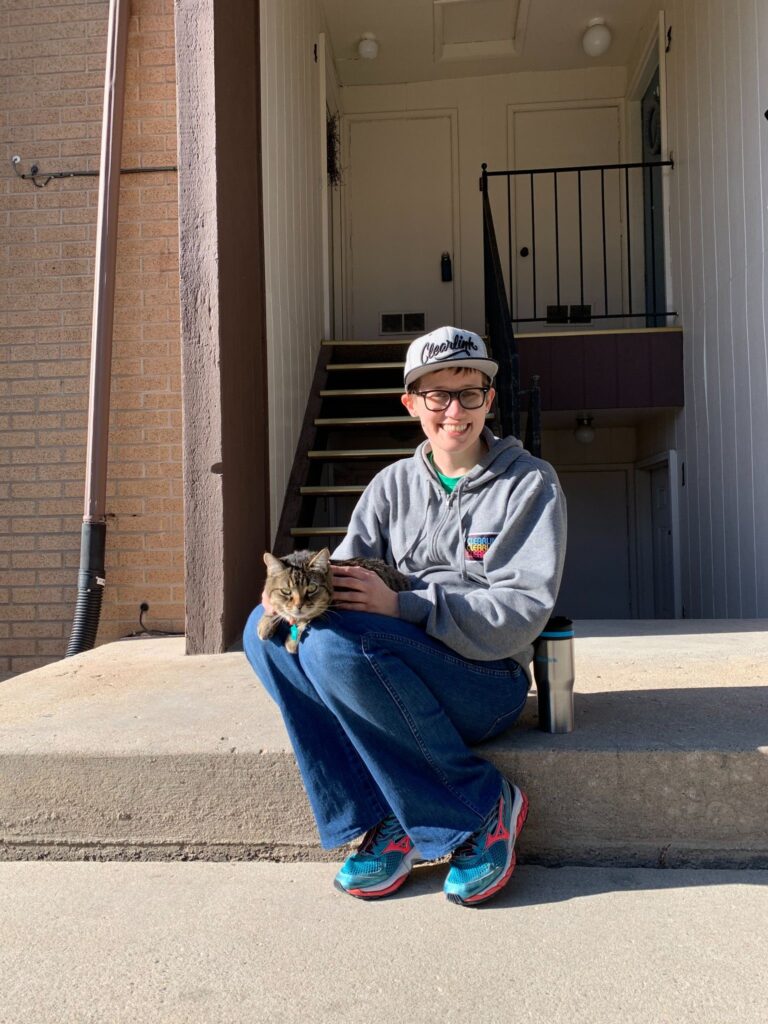 Rachel and their fur child made the move from Murray, Utah to be with their partner in Shoreline, Washington.

International Van Lines has received many industry awards, including Newsweek’s “Best in Customer Service” award in 2020 and 2021. They are also nationally recognized for providing world-class customer service across quality of communication, professionalism, range of services, customer focus, and accessibility.

After receiving quotes from many companies, including American Van Lines, 1-800-PACK-RAT, and Allied Van Lines, Rachel ultimately chose the most affordable option for their move: International Van Lines. Rachel had a moderate number of boxes and furniture that they needed transported to their new home, and they received custom over-the-phone quotes for their move from each company.

Rachel’s move at a glance

What to expect with International Van Lines—Pricing

While moving quotes are traditionally given in person, Rachel received theirs over the phone due to COVID-19 social distancing requirements. The sales representative worked with them to determine approximately how many boxes they would need, what size truck would make sense, and any associated costs for loading and delivery (including fuel, labor, etc).

Next, International Van Lines gave Rachel an estimate for moving cost based on square footage of their boxes and furniture, the overall moving distance, and the time of year. Their quote did not include packing or transit insurance.

Once Rachel had signed on the dotted line, they were required to submit an initial payment of $764.84. The move date was then scheduled for one day prior to the date of their new home’s closing, in order to ensure their belongings would be delivered as close to their move-in date as possible. This is known as a “delivery window.”

Rachel was required to pay the full balance on loading day and was advised to prepare it with a cashier’s check, cash, or a money order. However, IVL didn’t clarify beforehand that a check needed to be made out to another company that IVL partnered with, or “origin agency,” (as is common with many full-service moves). So Rachel experienced some last-minute stress and confusion when they were required to write a personal check to the origin agency (instead of International Van Lines, the actual moving company they had hired).

Upon delivery, Rachel was required to pay an additional shuttle fee of $350 because their new home’s closing date overlapped with the original delivery date outlined on their quote. This was not disclosed to them in advance and was out of their control. Note: Rachel may also have experienced this if their delivery driver had restricted access to their new home.

Although Rachel chose not to purchase insurance to protect their household goods during transit, IVL’s destination agency partner agreed to replace a missing item: a 6-foot ladder. This did not, however, cover their items damaged in transit.

Understand what you are paying for

How does International Van Lines compare to other full-service moving companies?

As mentioned previously, Rachel contacted several different moving companies to receive custom estimates for their move. Here is a look at a few of those quotes, based on approximate square footage:

What to expect with International Van Lines—Customer Service

While IVL’s sales rep did a great job explaining most of the move’s costs, Rachel experienced many communication issues with other IVL employees and partner moving agencies’ staff.

Ask about any associated fees you might run into, like charges if you change the amount you are shipping, or if you cannot accept delivery on the date listed on the quote. This will reduce the likelihood of “hidden” fees and surprise costs on the backend.

Additionally, Rachel received very little follow-up from IVL’s moving coordinator or logistics teams prior to their move date. Although the moving crew was scheduled to arrive between 1:00 and 3:00 p.m. on the date of loading, they were not contacted until 3:30 p.m. The two-man crew had been given the incorrect loading address, and did not arrive at the correct location until 3:50 p.m. During this time, all attempts to contact IVL or their coordinator were unsuccessful.

When the crew did arrive, Rachel noted that they were very friendly and professional, and they were able to load Rachel’s belongings into the truck within two hours.

As soon as Rachel realized they would not be able to accept delivery right away, they emailed IVL’s destination agency partner and were advised to follow up when they had a new date to accept their delivery. They were not advised about the shuttle charges.

Rachel followed the destination agency partner’s instructions and then reached out to schedule delivery for the following Tuesday. However, Rachel didn’t receive any confirmation or response and had to contact the agency again. The dispatcher initially advised Rachel would receive their shipment the next day, but later contacted them to reschedule for Saturday.

On Wednesday night, Rachel received a call from the destination agency confirming delivery for Thursday instead. This is when the agency reminded them of the shuttle fees. There was also some confusion between the destination agency delivering their shipment and International Van Lines regarding the cost of the shuttle. Rachel ended up having to pay $350 (instead of the $500) initially quoted; neither of those options were discussed with them beforehand.

The two-man crew who delivered Rachel’s shipment communicated well and arrived on time on delivery day. They quickly unloaded Rachel’s belongings and reassembled their furniture before departing. Rachel noticed that there were some items delivered to their new home that didn’t belong to them, so the move crew retrieved the items before their departure.

Rachel also noticed that they were short of a ladder and discovered some damaged items, including a side table, quilt rack, and bookshelf. They were not compensated for the damaged items, but after some negotiation (and patience), Rachel did receive confirmation of reimbursement for the ladder.

Avoid the frustration of damaged items at delivery! If you choose to self-pack, let the crew inspect the boxes before you tape/seal them. The crew can often provide tips on how to avoid damage during transit.

Reminder: If you don’t purchase transit insurance from your moving company in advance, it’s likely that you won’t be compensated for damages incurred during transit. 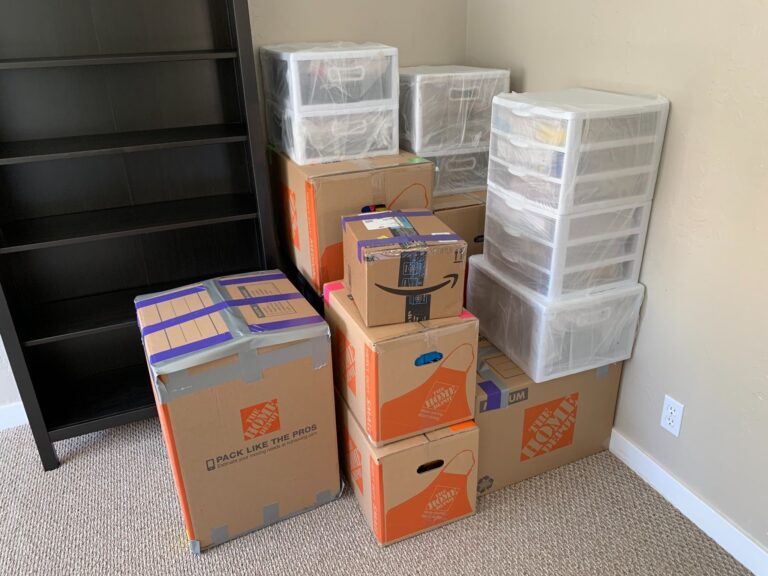 Rachel made sure to carefully pack their belongings in preparation for the moving crew.

What surprised us and didn’t surprise us about IVL 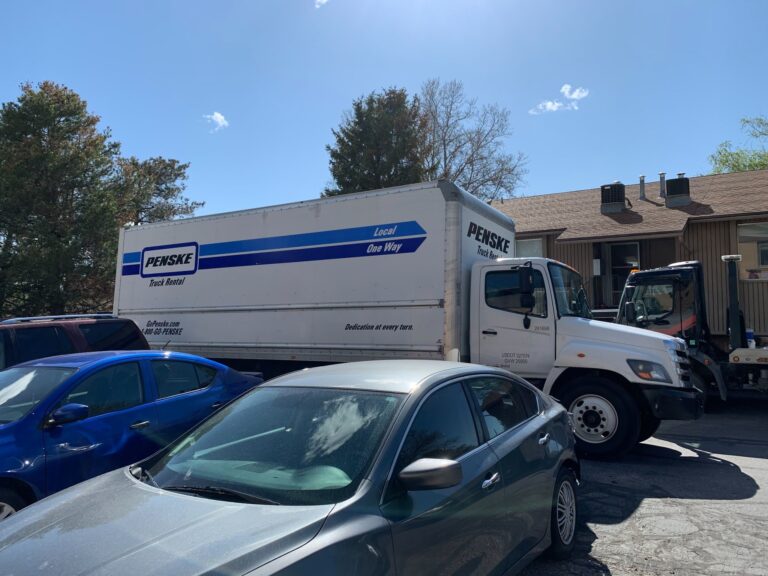 Although Rachel hired IVL for their move, a local moving agency partner assisted with their pickup on moving day. 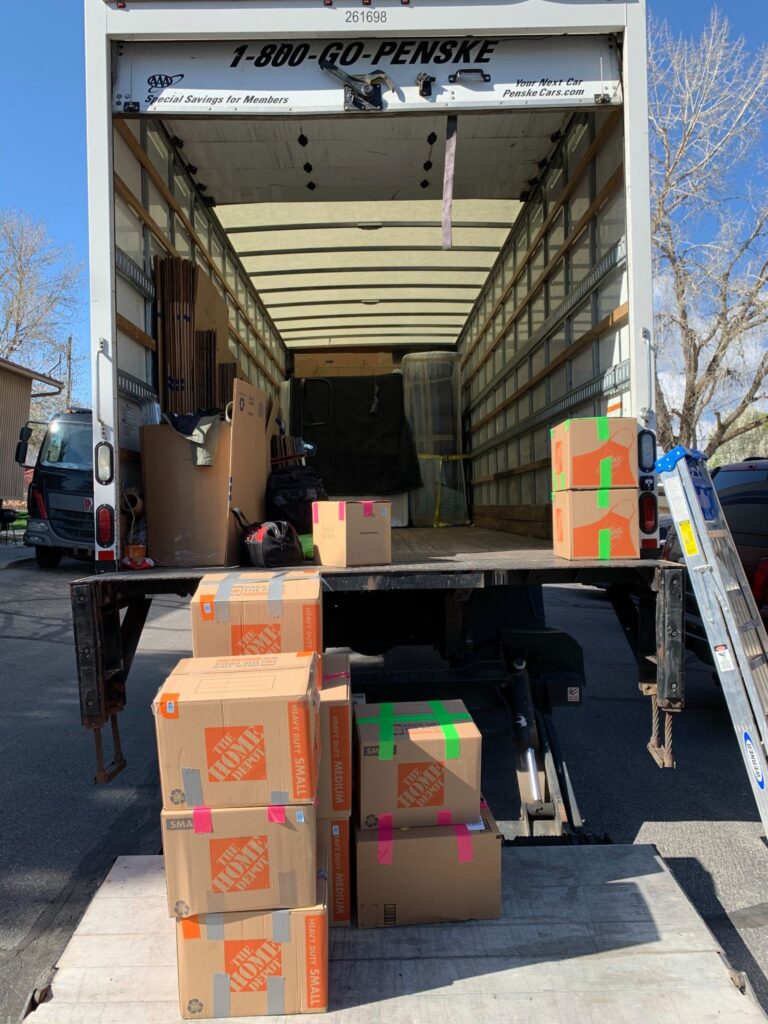 Rachel’s delivery crew were friendly and professional even when they were discussing missing items and damaged goods.

Overall, Rachel rated their move experience 3.5 out of 5 stars. They really appreciated International Van Lines’ speedy loading and delivery services—which offset some of the more unfortunate parts of their experience. Ultimately, Rachel needed more communication and education about the move process in order to ensure a seamless move process. Unfortunately, this feedback is common.

The takeaway? International Van Lines is still one of the top-rated moving companies in the country. If you are looking for fast, affordable moving services, IVL is the company for you. Just make sure to ask as many questions as you can!