The 10 Most Dangerous Roads in the US 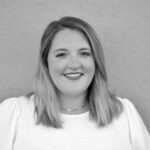 Driving yourself and hiring a moving company to transport your stuff or driving a moving truck can be intimidating—especially while navigating backroads, traffic, extreme weather, and dangerous highways. In this article, we’ll point out some of the most dangerous roads you might come across during your moving road trip to make the drive as smooth as possible.

Shipping your car to your new place

Planning on hiring a car shipping company to navigate the road for you? Make sure you compare costs from various companies and look into auto transport insurance.

The most dangerous roads in the US

From cliffside highways to busy interstates, these roads are some of the most dangerous to navigate.

The Million Dollar Highway is a 25-mile stretch of road along the San Juan Mountains between Ouray and Silverton, Colorado. While this road has fewer traffic fatalities than other major highways, it can be terrifying to traverse—especially along the Red Mountain Pass. Cliff edges with no guardrails have earned this narrow two-lane road the nickname “Highway to Hell.”

With millions of tourists flocking to Florida, and especially Orlando every year, the “theme park capital of the world” is also one of the most traffic-dense and dangerous places to drive. A recent study named I-4 the deadliest road in America, with 150 deaths between 2016–2019. In particular, the 132-mile stretch between Daytona Beach and Tampa had the most deadly crashes.

The I-5 is a major interstate stretching from San Diego County to the Canadian border in Washington State. Due to large populations, bad traffic, and tourist attractions, this is an especially dangerous highway in Southern California. In fact, in 2019, there were nearly 20,000 road accidents in San Diego alone.

While U.S. Route 285 spans 865 miles over three states (Colorado, New Mexico, and Texas), one stretch in West Texas has earned the nickname “Death Highway.” Many recent fatal crashes were caused by large trucks that were carrying supplies to and from the Permian Basin, a major oil field.

Other dangerous highways in Texas

If you’re traveling through Texas, you’ll also want to look out for distracted drivers in areas like Loop 1604 in San Antonio and Interstate 20 in the Dallas Fort Worth area. Both of these roads see car accidents almost daily.

Although Rhode Island is the smallest state in the US, it is also home to one of the most dangerous highways. Along I-95 in Rhode Island, several highway exits have sharp, sudden curves and poor road design, causing dozens of crashes and several traffic fatalities per year.

You may have seen the James Dalton Highway featured on “Ice Road Truckers,” or “World’s Most Dangerous Roads.” This 414-mile route is laden with extreme road conditions, isolation, and only a few gas stations along the way. If you happen to be moving along Dalton Highway in Alaska, pack food and survival supplies in case of an emergency.

8. Tail of the Dragon at Deals Gap Road – North Carolina

This 11-mile stretch of road is famous for its breathtaking scenery and dangerous twists and turns. Bikers and thrill-seekers flock to Deals Gap to test their limits, resulting in frequent auto accidents. If you’re traveling through North Carolina, proceed through this section of US 129 with caution.

While Las Vegas roads can be dangerous, one of the scariest roads in Nevada is Mt. Rose Highway. This state route features gorgeous scenery between Reno and Lake Tahoe, but it can be treacherous in the winter. Be prepared with tire chains or snow tires, and watch for sudden curves in the road.

Highway 17 in South Carolina is one of the most dangerous roads for summertime travel. This gorgeous coastal highway saw 82 traffic fatalities between 2015 and 2017, likely due to the influx of tourists visiting the east coast (Myrtle Beach and Charleston) during the summer months.

You may be unable to avoid every dangerous highway on this list, and you certainly can’t avoid everyday traffic dangers. To make your move as safe as possible, keep these safe driving tips in mind:

Changing music choices is one of the most common pitfalls of distracted driving. Try to decide beforehand what you’ll listen to and save any changes for pit stops along the way.

Make sure you have up-to-date car insurance, including comprehensive coverage, and keep necessary documents in your car or on your phone.

Pull over if you’re sleepy

You may be tempted to power through, but it is always a good idea to pull over for safety. Drowsy drivers are huge contributors to fatal crashes.

Using extra caution is always a good idea on a road trip. Leave extra room between your car and fellow drivers, brake early, let aggressive drivers pass, and don’t let road rage get the best of you.

Words from a wise mom: “Just imagine everyone around you is drunk”—or in other words, you never know what another driver is capable of. So make it your responsibility to drive extra safely!

You might encounter distracted drivers, traffic jams, and poor road design during your moving road trip. And while you may not be able to avoid all the dangers of the road, you can try your best to plan ahead, practice safe driving habits, and watch out for these infamous highways.

Maybe you’re not in the mood to drive a moving truck across the country on one of these treacherous roads. We don’t blame you. Learn about hiring a professional moving company for your long-distance move.

What is the most dangerous road in America?

Regarding the most fatalities per 100 miles, Interstate 95 (I-95) is considered the most dangerous road in America.

What are the top 10 most dangerous roads in America?

According to navigation software findings, the top 10 most dangerous highways based on fatal accident per mile in America are:

What is the scariest road in America?

The scariest road in America is probably the James Dalton Highway in Alaska. A combination of severe weather conditions and isolation makes this 414-mile road pretty terrifying.

What state has the most dangerous roads?

Based on total traffic fatalities, the states with the most dangerous roads are also the most populous: Texas, California, and Florida. Judging safety by road maintenance and quality, Rhode Island has the worst roads in the country.