What to Expect When You Move with Budget – Shiquilla’s Move

Budget Truck Rental is one of our favorite moving truck companies, and we’ve often recommended Budget for its great pricing on local moves. To find out what moving with Budget actually feels like, we helped a Budget customer named Shiquilla move long distance in a Budget truck.

Unfortunately, Budget’s service left a lot to be desired. Shiquilla’s reservation fell through so she had to use a smaller truck. Then, the company failed to communicate with her about her initial truck rental, and she had to change many of her plans at the last minute to salvage her moving day.

Budget did give Shiquilla a great price for her truck rental, though. Budget’s rate beat out prices from competitors like U-Haul and Penske, so the company lived up to its name if not up to our expectations.

Keep reading to learn more about Shiquilla’s move and determine if Budget is the right option for your upcoming move.

Shiquilla is an interior designer and photographer. In August of 2021, she wanted to move from her apartment in Greenville, North Carolina to Baltimore, Maryland for more professional opportunities.

And, luckily for Shiquilla, her best friend—who is also her roommate—wanted to move with her.

For her move, Shiquilla was in the market for something smooth, easy, and quick. And, as with anyone, a good price was also important to her. 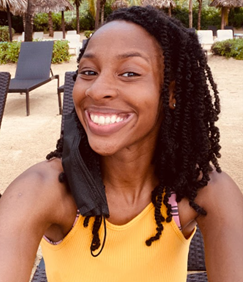 Shiquilla and her best friend packed their entire apartment into a rental truck and relocated to Baltimore, Maryland for new opportunities

Before deciding to rent her moving truck from Budget, Shiquilla also got a quote from U-Haul and Penske, which was a good move. We’ve found that any of these companies can be less expensive depending on where you live, so the only way to know for sure which one will be cheapest for you is to get quotes from all three.

Budget quoted Shiquilla $285 for her truck and a tow dolly (for her car), while U-Haul quoted $332, and Penske quoted $533 for the same rentals. This made Budget the clear winner price-wise, and that’s why Shiquilla chose to rent her moving truck from the company.

Shiquilla’s Budget move at a glance

What to expect with Budget—Pricing

As you can see, Budget charged Shiquilla over $100 less for her move than it quoted. At first glance, this seems like an incredible deal, but there’s an unfortunate twist. The price dropped because Budget dropped the ball several times during Shiquilla’s move.

Firstly, Shiquilla’s truck wasn’t available on her moving day. To make matters worse, the truck that Budget “fulfilled” her booking with was smaller than the one she booked. It was so small, in fact, that she couldn’t use it to tow her vehicle, so the tow dolly rental was also taken out of Budget’s price.

So while Shiquilla got a lower price than she was expecting, it came with a lot of last-minute disruptions and terrible customer service.

What to expect with Budget—Customer service

Shiquilla’s truck wasn’t available on her moving day because it broke down a few days earlier. Breakdowns like this happen, and there’s not much Budget could have done to prevent it. Sometimes things inevitably go wrong, and all that any moving company can do in these instances is communicate and make things right.

Unfortunately for Shiquilla, Budget failed to take either of these steps.

Shiquilla found out that her truck had broken down when she called Budget to ask an unrelated question, meaning the company didn’t actively reach out to let her know as soon as it happened. And when Shiquilla called customer service to rectify this issue, they didn’t do anything to help. They simply offered Shiquilla the smaller truck we’ve mentioned.

If Shiquilla had been notified about the breakdown sooner, she would have had the time to make alternate plans in advance—and not have to scramble on moving day.

In the end, she used the smaller truck and packed it to the ceiling. Not everything fit, though, so she put some of her bags in the truck’s passenger seat and in her roommate’s car.

And, since she could no longer tow her own car, Shiquilla had to catch a ride with a friend back to Greenville the following day to get her car and drive to Baltimore all over again.

Hardly as smooth, easy, or quick as Shiquilla had hoped her move would be.

What surprised us about Budget

We’ve helped a few people move with Budget, and none of our other experiences with the company have been this bad. We’ve seen Budget provide satisfactory service and make amends when things go wrong, so we’re honestly shocked Budget didn’t come through for Shiquilla.

These experiences lead us to believe that Budget’s failures during Shiquilla’s move have more to do with the customer service agents at Shiquilla’s location than with the company as a whole.

Still, seeing so many things go wrong in one move is troubling to say the least.

Budget failed to give Shiquilla satisfactory service for her move, so while the company’s price was the best around and we appreciate that it lowered its price when things went south, we’re still disappointed by Budget’s performance.

And while our previous experiences with Budget make us hopeful that this was just a fluke, Shiquilla says she won’t rent a truck from the company again. After the experience she had, we can’t say we blame her.

If you want to learn more about Budget before getting a quote, check out our full review of the company’s services or see how it stacks up against its competitors on our list of the best truck rental companies.