The Best Moving Companies in Winston-Salem

Whether you’re moving across town or cross country, we’ve found the best moving companies for you. We analyzed the services, customer reviews, and costs for more than 20 movers in Winston-Salem. These are our top picks.
Best long distance mover

The best long-distance movers in Winston-Salem

If you’re moving to a new home in Winston-Salem or somewhere else in North Carolina, check out these highly ranked local moving companies.

What to know about moving in Winston-Salem

How much does it cost to move in Winston-Salem, NC?

As you can guess, the cost of moving in Winston-Salem varies depending on your situation. How far are you going? How much stuff do you have? What time of year is it? All of these elements will influence costs, but the biggest factor is the type of moving services you choose.

According to national moving averages, moving van rentals are the cheapest route, coming in at around $1,000 on average.1 Moving and storage containers are a mid-range option and cost about $3,8000, while full-service moves are the most expensive, costing about $9,060.

Is Winston-Salem up and coming?

Yes, according to sources like Southern Living magazine, Winston-Salem is one of the “Best Cities on the Rise.”2 The city is growing in part due to the lower cost of living, lower median housing costs, and its many parks and suburban amenities.

While national housing costs came in at $365,616 in 2021, the cost of housing in Winston-Salem was just $305,115 during the same year.3 The city is also home to several reputable colleges and universities, including Wake Forest University and Winston-Salem State University.

How big is Winston-Salem?

Winston-Salem had a population of 247,951 in 2021, making it one of the bigger mid-size cities in America.4 The town ranks 91st in a list of the largest cities in the country, just below North Las Vegas, Nevada, and above Chesapeake, Virginia.

Yes, Winston-Salem is a relatively affordable place to live and buy a home. In fact, the city ranks 24th on our list of the Best Metros and Towns for First-Time Homeowners.5 The average home in the Winston-Salem metro area costs $152,400, and 20% of all homes were built in or after the year 2000. 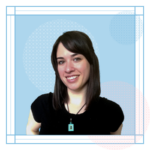 Written by
Sarah Cimarusti
Sarah Cimarusti has been writing and editing for the last 10 years. Most recently she was a lead copywriter for catering and event companies, and before that she was the editor of two nationally known trade publications. She brings her passion and content creation expertise to help movers and shakers get where they want to be. She earned dual degrees in English and social work from Loyola University Chicago. In her free time, she writes fiction and spoils her dog, Maya.
Read More