But what does moving with Allied actually feel like? To answer this question, we helped one couple with their long-distance Allied move. While Allied fell a smidge short of its customer service reputation—and one piece of furniture was damaged en route—the move was overall very pleasant and positive. The best part: Allied’s final price was lower than its initial quote.

Keep reading to learn more about moving with Allied and what you can expect from the company.

Want to see what AVL will charge for your move?​

Wilder is a personal trainer and full-time student with three passions in life: running, dogs, and food. He can often be found outdoors training for his next marathon. However, even if he’s running, he’s more than happy to stop, say hi, and pet your dog if you have one.

Wilder and his partner Alexander were living in Nashville, Tennessee. In May of 2021, though, they had to move to Plano, Texas for work reasons related to the COVID-19 pandemic.

For a big move like this, hiring a full-service moving company is ideal if you can afford it, and budget was one of Wilder’s chief concerns. Luckily, Wilder and Alexander got a wallet-friendly move with Allied. 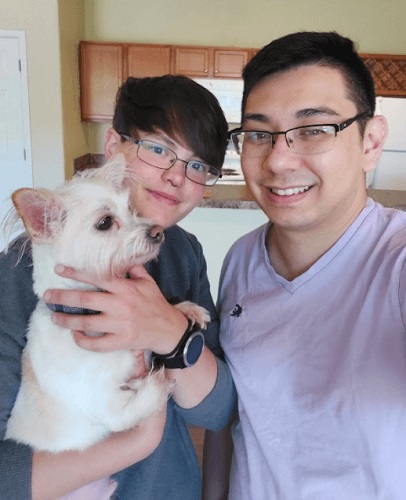 Wilder, Alexander, and their dog, Gremlin.

Like we said, getting a good price was one of Wilder’s biggest priorities. Because of this, he gathered a total of six quotes from different movers to see which one could offer the best rate. This was a smart decision, though it did require a little extra effort on Wilder’s part.

Full-service moving companies rarely give fast quotes online, so Wilder had to provide several inventories and talk with a lot of customer service agents over the phone. However, the effort was well worth it, and Wilder found that of all his options, Allied would charge the least for his move.

Allied’s price was at least a couple hundred dollars cheaper than any competitor, so Wilder decided to hire the company.

Gather as many quotes as possible

Allied was the cheapest option for Wilder, but that doesn’t mean it will be for you. Any of the companies in the table above might be cheaper in your area when you move. Because of the way pricing fluctuates in the moving industry, extensive quote gathering like Wilder did is the only way to know for sure which movers will give you the best rates.

What to expect with Allied Van Lines—Pricing

A low quote is one thing, but what we really liked about this move is that Allied didn’t charge Wilder more than its original $2,627 estimate. Many movers entice customers by promising low prices, then hit them with additional fees and price hikes at the last minute. This is a fairly common practice in the moving industry, so we’re very pleased Allied didn’t pull this on Wilder.

In fact, the company did the opposite: Allied actually charged less than it originally estimated.

This was because Wilder’s load ended up being lighter than Allied had estimated. And while the difference between Allied’s estimate and its final price was only about $34, this still displays a commendable commitment to treating customers fairly.

Wilder and Alexander did all their packing themselves, which is partly why their move was so cheap. However, if you pay for packing services like Allied’s, movers can disassemble, wrap, and box your belongings for you. Packing can cost a lot of money depending on how much stuff the movers pack, but the upside is that you do less work and get pro-level treatment.

What to expect with Allied Van Lines—Customer service

Unlike Allied’s pricing—which was nothing but positive—the company’s customer service was a mixed bag for Wilder. While nothing went terribly wrong on this front, there was a little drama between members of the moving crew, which added stress to Wilder’s move.

The driver who picked up and delivered Wilder’s belongings was nothing but professional, and the same was true of the mover who helped load up at Wilder’s old apartment. Both men worked quickly and kindly, and Wilder had nothing bad to say about either of them.

Unfortunately, a different mover helped unload at Wilder’s new apartment, and he was less than pleasant. He repeatedly complained about how the move was handled and various other things, including the driver—who he briefly had to wait for. At times, Wilder said that this behavior felt “hostile.”

The driver apologized several times for this mover’s behavior, and eventually he pulled the mover aside and had a private conversation with him. After this, the mover calmed down and behaved professionally.

We’re happy to report that aside from this brief—but stressful—issue with the assistant mover, Allied lived up to its award-winning customer service reputation. Almost everything arrived safely (more on that shortly), and in many ways, the kindness and professionalism of the driver and other crew members made up for the one mover’s unpleasant behavior. 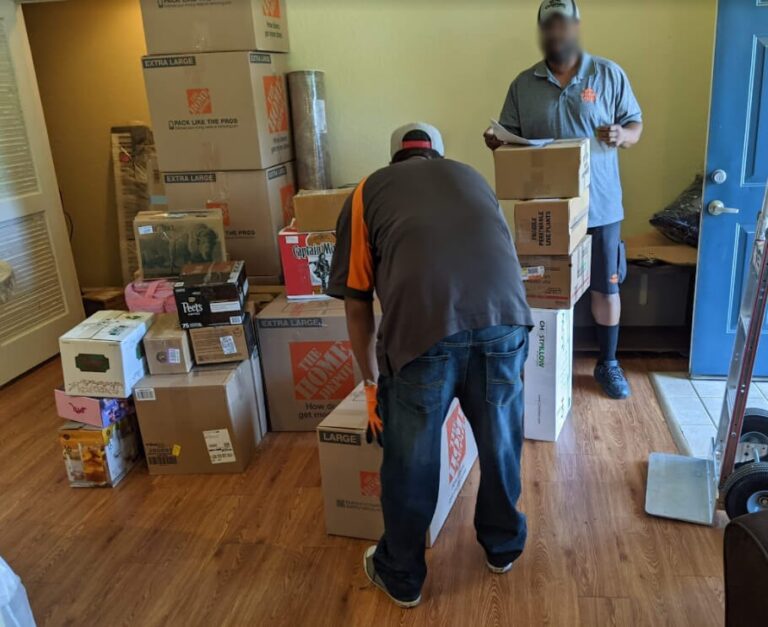 Allied's moving crew picking up boxes and furniture in Nashville.

It’s also important to note that Wilder’s move went quicker than expected. Originally, Allied said it would take them over a week to deliver Wilder’s belongings. The driver made the trip in two days, so Wilder and Alexander were able to settle into their new home early.

You probably shouldn’t bank on things going faster than estimated like this, but it’s certainly a good sign that it can happen with Allied.

What surprised and didn’t surprise us about Allied Van Lines

Aside from the unprofessional mover, only one thing went wrong with Wilder’s move. At some point during the journey to Texas, Wilder’s desk broke due to improper packing. Fortunately, nothing else broke en route, but the damage to the desk was significant enough to warrant a damage claim.

This takes us directly to the silver lining of this situation...

Damage claims are fairly complicated and notoriously hard to navigate. Luckily for Wilder, his Allied driver came through once again. He felt terrible about the broken desk, so to make things right, he helped Wilder with all of the paperwork and walked him through the next steps for filing the claim.

It obviously would have been better if no damage had occurred in the first place, but given the circumstances, we do appreciate that the driver was committed to doing right by Wilder. This really speaks to the caliber of employees that Allied trusts to handle its customers directly.

Wilder’s move with Allied was exactly what he hoped it would be: “fast, easy, and cheap.” The company gave him the lowest price around, the move went faster than expected, and the customer service was almost completely positive.

Despite the small handful of hiccups that occurred, Wilder said he would absolutely hire Allied again and recommend the company to others.

Are you interested in fast and affordable service for your upcoming move? See what Allied can do for you.

If you want to learn more about Allied before hiring the company for your move, hop over to our full review of the company’s services or see where it ranks on our list of the best moving companies.