United Van Lines is one of our favorite long-distance moving companies, and we often praise the company’s transparent pricing, nationwide availability, and top-tier service.

But what does moving with United Van Lines actually feel like? To answer this question, we helped Kerry, a United customer, pay for her move.

We’re pleased to report that Kerry had a mostly positive experience. The pickup crew’s professionalism and care left a lot to be desired, but in the end, United Van Lines delivered all of Kerry’s belongings safely, on-time, and for a lower price than its initial quote. After her move, Kerry said that she would recommend United to friends and use the company again herself.

Keep reading to learn more about this move with United Van Lines.

Ready to start your move?
If you’re moving soon and ready to start gathering prices, take a look at what United Van Lines can do for you.

Kerry moved from northern California to New York in 2019 to be closer to friends and family, including her son who was studying there. After a year in the Big Apple, Kerry decided it was time for a new—and hopefully less expensive—adventure.

Kerry had always loved the Southwest, and she was able to get a great deal on a nice casita in New Mexico, so she moved out to Taos in the winter of 2020 with her two cats. 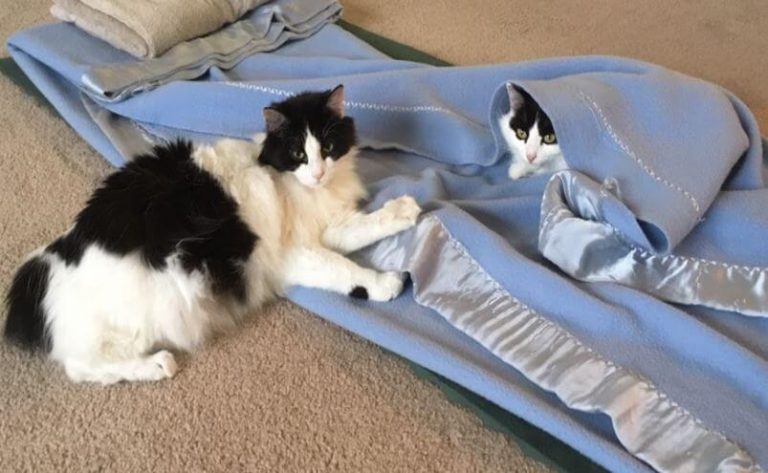 When Kerry moved to New York the previous summer, she did so in a Budget moving truck. While moving that way saved her a lot of money, driving a 17-foot truck across the country was, in her words, “a nail-biting experience.” Instead of putting herself through that again, Kerry decided to pay for a full-service move.

However, near her move-out date, Kerry discovered something that made her feel like she couldn’t trust International Van Lines (IVL). The customer service agent she had coordinated with made it sound like IVL would personally handle all of her belongings, but the company actually planned to broker her move to a partner moving company.

Additionally, Kerry learned that her stuff would be briefly kept in a storage facility after it had been picked up, and this was a turnoff for her.

Because of the company’s storage practice and the oversight of IVL’s customer service representative, Kerry opted to hire United Van Lines instead of IVL. To IVL’s credit, it fully refunded Kerry’s deposit after she cancelled.

Update: International Van Lines is no longer brokering moving services and has enlisted fully as a carrier. The company is now able to offer customers access to its own full fleet of vehicles and in-house staff to personally oversee each move. Now people like Kerry can rest easy knowing that if they call IVL to handle their belongings, they will work directly with the company and no one else.

A note on en-route storage

We want to mention that packing a customer’s belongings into a truck, unloading them at a storage facility to await shipping, then loading them into another truck for cross-country transport is fairly common in the moving business. In fact, United Van Lines did this during Kerry’s move. While concerns with this practice are understandable, it almost always goes well, like it did in Kerry’s case.

Other moving companies we recommend

What to expect with United Van Lines—Pricing

Like we said earlier, Kerry got several quotes for her move from different moving companies. Of all the companies Kerry got quotes from, United Van Lines’ was among the lowest.

When Kerry got her first quote, she did a video call estimate with a United representative who quoted her $5,971.43. When Kerry decided to actually move with United, though, the company sent an estimator to do an in-home estimate. After taking an in-person look at everything Kerry was moving, the estimator dropped her price to $5,626.75.

United was very clear that this second estimate was binding, meaning Kerry’s price would not change again, and the company stuck by that to the end. This pricing transparency is a huge trust boost in an industry plagued by hidden fees, and it’s what we’ve come to expect of United. 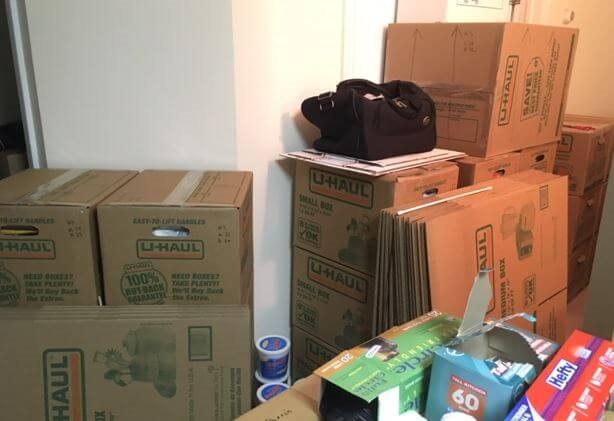 United Van Lines offers packing services, but Kerry opted to save a little money by buying her own boxes and packing them herself. If you’re in a similar situation, you can get your boxes from U-Haul—where Kerry got hers—or you can check out our list of the best cheap moving boxes.

What to expect with United Van Lines—Customer service

United Van Lines’ customer service representatives were the superstars of Kerry’s move. From the estimator who got Kerry a lower price to the various agents Kerry spoke with over the phone, everyone was nothing but professional and helpful.

We also applaud United for booking Kerry’s move on short notice, especially during an uncharacteristically busy moving season. Typically, people don’t move a lot during winter, but in 2020, COVID-19 had Americans moving a lot more than usual, even in December. Despite this unprecedented volume of customers, United accepted Kerry’s move after she decided not to work with IVL.

Additionally, Kerry was able to call for updates and information from her move coordinator every step of the way, which was a real comfort to her when she had questions about the moving process or concerns about the status of her belongings.

Unfortunately, the moving crew that came to pick up Kerry’s belongings weren’t as professional as United’s customer service agents. While the four-man crew was on time for pickup (a little early, actually), two of them mishandled Kerry’s belongings.

In their defense, the seasoned crewmen were professional throughout the process. They kept things well-organized and used furniture pads and shrink wrap to protect Kerry’s furniture. One of them, the crew leader, also carefully labeled boxes and furnishings to ensure nothing got misplaced as it was taken out to the truck.

The two crewmen who were less experienced, though, often lost focus and goofed off. Kerry saw one of them pack her TV haphazardly on its side in the same bin as a few other things. At another point, she saw the other worker swinging one of her boxes in the air carelessly upside down.

This is hardly white glove service, and though all of Kerry’s belongings arrived at her new home undamaged, the way these two crew members handled Kerry’s furniture and painstakingly packed boxes was distressing to say the least.

Unlike the pickup crew, United Van Lines’ delivery crew was perfectly professional and efficient. En route, the driver called Kerry to keep her informed of where he was and when he planned to arrive with her things.

When the truck arrived, the three-man crew carefully unloaded Kerry’s belongings while she tallied every item on her inventory to ensure everything was accounted for. The men worked quickly and meticulously.

In Kerry’s words, “they deserve a medal.” 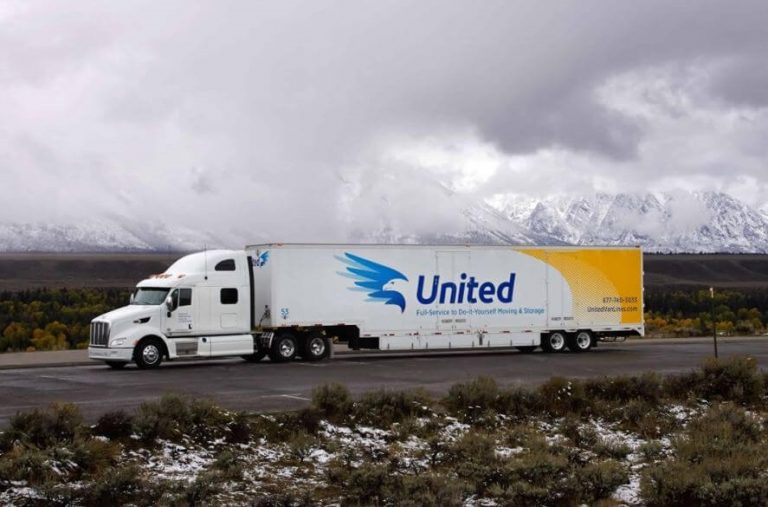 What surprised us about United Van Lines

We were honestly surprised by the younger pickup crew members’ lack of professionalism. While their behavior and mishandling of Kerry’s television and boxes didn’t result in any damage, it absolutely could have, and this is a concerning departure from what we’ve come to expect of United Van Lines.

The professionalism of the delivery crew is more representative of our expectations, and it gives us hope that the issues with half of the pickup crew were just a fluke. The pickup crew’s behavior is still a red flag, but it’s the only one that occurred during Kerry’s move.

The other surprising thing was that Kerry’s price actually went down after she got her in-home estimate. It’s far more common for a moving company to entice a customer with a low-ball initial quote then raise its price on the binding quote. The fact that the opposite was true in Kerry’s case was a refreshing surprise, and it gives United a few bonus points in our book.

Aside from the few behavior issues we touched on, United Van Lines lived up to our expectations. The majority of staff worked quickly and punctually, and every customer service representative was helpful from start to finish. Additionally, United outdid its reputation for pricing transparency by lowering Kerry’s estimate and holding itself to that price.

If you want to learn more about United Van Lines, read our full review of the company’s services or check out our list of the best long-distance moving companies to see how United stacks up against its competition.