Whether you’re moving across town or cross country, we’ve found the best moving companies for you. We analyzed the services, customer reviews, and costs for more than 20 movers in San Antonio. These are our top picks.
Best long distance mover

If you’re moving to a new home in San Antonio or somewhere else in Texas, check out these highly ranked local moving companies. 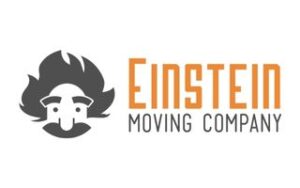 What to know about moving in San Antonio

What’s the cost of living in San Antonio?

For expenses like rent, utilities, food, and gas, the average San Antonian pays $1,429 every month.1 This puts San Antonio on the more affordable end of our list of cities with the highest living costs. It also makes San Antonio more affordable than many other Texas cities like Dallas, Fort Worth, and Arlington.

The bad news is San Antonio’s minimum wage is only $7.25 an hour,2 the lowest it’s legally allowed to be. This means that—despite San Antonio’s relatively low living costs—it’s still pretty unlivable if you only make minimum wage.

For our report on the worst cities for minimum wage earners, we found that you’d have to work roughly 120 hours a month making minimum wage in San Antonio just to pay rent.3

Is San Antonio a good place to buy your first home?

The median home value in the San Antonio-New Braunfels metro area was $171,000 in January, 2021.4 So like San Antonio’s living costs, its home prices are relatively affordable compared to most of the country, and they’re much lower than several other Texas metros.

To learn more about home prices across the country, check out our list of the best cities for first-time homebuyers.

According to Census Bureau data, San Antonio grew by 8.1% between 2010 and 2020.5 Additionally, the city kept its title as the US’s seventh-largest city. While San Antonio’s growth is impressive, especially considering that nationwide population growth is slowing,6 it wasn’t enough to put San Antonio among the country’s fastest-growing cities.

However, the neighboring city of New Braunfels—which grew by 44% since 2010—was in the US’s top 10 for population growth among cities with populations exceeding 50,000.5

Where can I donate household goods in San Antonio?

If you’ve got household goods you don’t want anymore, get rid of them before you move to cut moving costs. Don’t take those items to the landfill though. If someone else could still use or enjoy them, take them to one of these San Antonio donation centers:

Keep in mind that you shouldn’t donate items that are broken or unusable. If what you’re trying to get rid of is junk, take it to a recycling center or landfill instead of donating it. Alternatively, you can save yourself some trouble by hiring one of our favorite junk removal companies to pick it up from your home.